A 16-year-old refugee from Senegal was shot dead by the police in the western German city of Dortmund on 8 August. Mohamed Lamine Dramé, an unaccompanied minor was being catered for in a youth residential group. Days before his death, he had sought in-patient treatment due to psychological problems. On 8 August, a guardian called the police after Mouhamed had expressed suicidal thoughts and was running around with a knife.

Dr. Pierrette Herzberger-Fofana, Member of the European Parliament (MEP) representing Germany on the platform of the Greens, comments on the tragic incident:

I am deeply touched by the tragic death of a 16-year-old refugee, an unaccompanied minor of Senegalese origin, on 8 August 2022 in Dortmund.

This young man’s name is Mohamed Lamine Dramé is said to be from the Casamance region. The “Association of German Parliamentarians of African Origin” (Vereinigung der Afrodeutschen Mandatsträger*innen) mandated a colleague from the region who confirmed the name and origin of the young Senegalese.

Once again, I cry with the Black community in Germany, because one of us was the victim of a tragic accident. My sincere condolences go out to his family back home, to his friends and to all those who knew and loved him.

Once again, we are witnessing a German police operation that goes completely off the rails and the police lose all control. Once again, a person of African, Black descent dies as a result of shots fired by the police.

According to statements gathered by the press, the social worker at the youth home saw him near the refugee home with a knife in his hands and alerted the police. Mohamed is said to have personally asked for treatment, as he was suffering from mental disorders and was undergoing psychiatric treatment. The exact course of events is not yet clear.

According to the German press, 11 police officers who arrived on the scene tried to talk to Mohamed but could not make themselves understood, because the young man did not speak enough German. Police claimed they could not control him, despite the use of pepper spray and teaser.

According to the prosecutor’s office, irritating gases and stun guns were used during the altercation. The young teenager allegedly attacked the police with “a possibly suicidal intention”.

No police officers were injured, nor were any bystanders injured. A 29-year-old police officer coldly shot Mohamed Lamine Dramé, a teenager with 5 shots, firing from his machine gun. The projectiles allegedly hit him in the abdomen, jaw, forearm and twice in the shoulder. According to the prosecutor’s office, a total of six projectiles were found, which come from the MP5 machine gun (Heckler & Koch) used by the police of North Rhine and Westphalia, Dortmund region.

The preliminary results of the autopsy show that the teenager was hit by five shots. However, investigations have proven that six bullets were found. Therefore. Despite intensive care, the young man succumbed to his injuries in hospital.

In Dortmund, a spontaneous demonstration took place on Tuesday afternoon at the scene of the accident. More than 300 people gathered to show their compassion to this young man who only wanted to prepare for a future under other skies.

This tragic accident could have inevitable consequences and lead to a further loss of confidence in the police among people of foreign origin and particularly among the Black population or of African origin.

All people – regardless of their skin colour, religion, age, migration history, gender or sexual identity – must be able to trust that the police will protect them. That is why we demand that full light be shed on the course of this tragic police operation.

The police reaction, however, raises many questions. Why not fire warning shots or shoot at the feet or in the air to intimidate him? Why did the police officer shoot 6 times? Why were 11 police officers not able to subdue a young man and fix him to the ground? Why did they not hesitate to cross the threshold of violence by firing an automatic weapon? Why not bring in someone who speaks French, the official language of Senegal to avoid a misunderstanding? Would the police officer have fired at close range like this if it were a 16-year-old white teenager? Have the policemen taken any courses regarding Anti-Black racism? Is there any training in this area within the police in North Rhine-Westphalia (NRW) in order to avoid such accidents? What experiences does the police have with people with mental disorders?

We renew our sincere condolences to his extended family, family friends and acquaintances. Mohamed Lamine Dramé went to the other side in the prime of his life. In union of prayers with our Muslim brothers and sisters, let us entrust the soul of the deceased to the Almighty. May the earth be light to him! Peace to his soul! 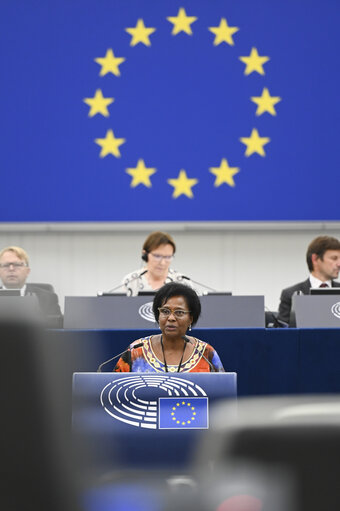 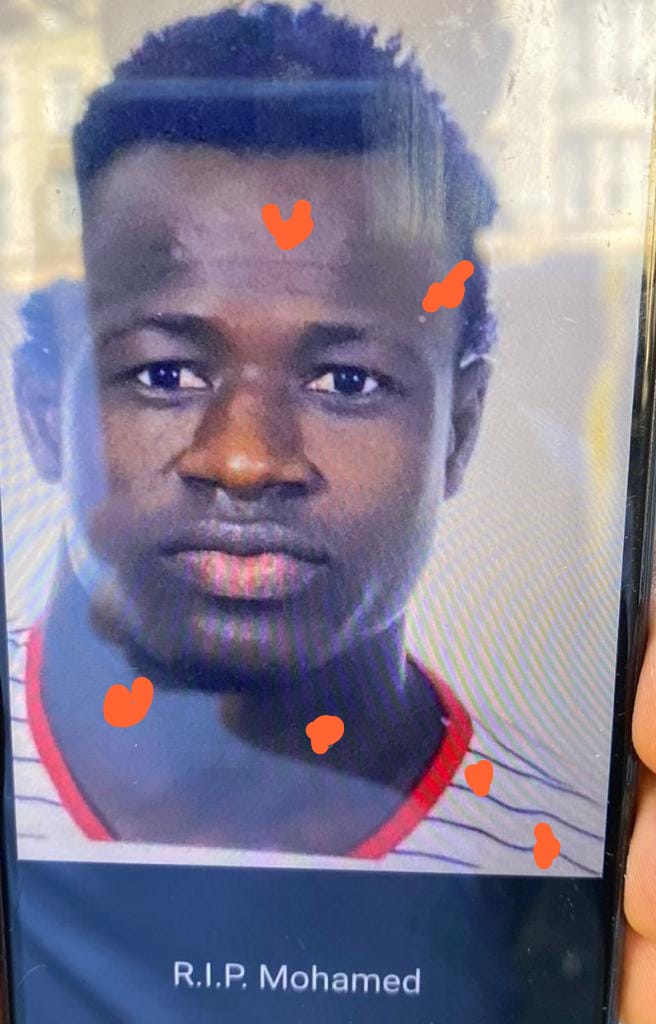 GERMANY. REPATRIATION OF THE REMAINS OF THE DECEASED MOHAMED LAMINE DRAMÉ TO SENEGAL