"No one was born hating anyone because of the color of their skin, their background, or their religion."
Nelson Mandela

With the Black Lives Matter movement, which was nominated by me for the EU Human Rights Award, the issue of racism/anti-racism was put on the social agenda in 2020 and made accessible to a broad public. We are thus at the beginning of a new era in the context of the anti-racism movements of the past centuries. Especially now it is all the more important to remain steadfast and to accompany a structural change that also has the goal of making the privileges of the privileged visible to society as a whole and to lift the disadvantages of the non-privileged.

As Co-President of the European Parliament's Anti-Racism and Diversity Intergroup (ARDI), I work with other MEPs across party lines to fight discrimination and racism and to promote a diverse and multicultural EU. For me, the rights of black people and in particular the rights of black women and girls are at the centre of my work. Inspired by the current UN Decade for People of African Descent (2015-2024) and its three pillars 'recognition', 'justice' and 'development', I try to make room for these goals in my cooperation with my colleagues.

Following the third World Conference against Racism in Durban in 2001, ARDI is currently preparing a European anti-racism conference. Already this year, the proposal to appoint a coordinator for the fight against racism in the European Union was accepted.

As a member of the Working Group 'Antiracism' of the Greens/EFA, I am particularly committed to anchoring the topic of colonialism and its effects in school curricula. Young people need to be given the relevant knowledge on their educational path in order to be able to deal with their respective historical heritage in a differentiated way and to decipher racist imprints.

In a cooperation between ARDI and the Working Group Antiracism of the Greens/EFA, strategies are being worked on to put a stop to structural racism. The aim here is, among other things, to carry out a Europe-wide study on the subject of police violence. 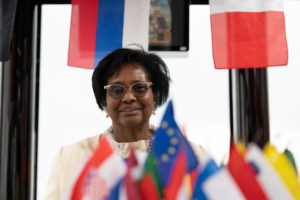 My thoughts on Europe Day

Europe Day was celebrated on 9 May. It was commemorated in Bavaria with numerous events in almost all cities. In Munich, the Democracy Wheel was set up, 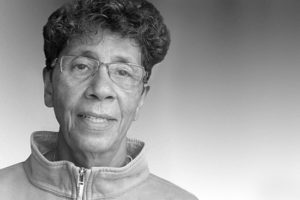 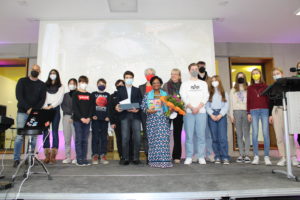 School without racism - school with respect

My speech at Ohm-Gymnasium in Erlangen Dear Teachers, Dear Headmistress, Dear Parents, Dear Parents' Council, But most of all Dear 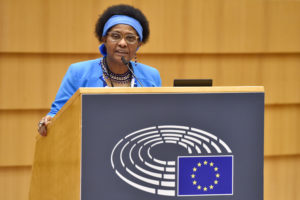 Racism instead of solidarity: The situation of Africans at the borders of Ukraine

On behalf of ARDI, the European Parliament's Anti-Racism and Diversity Intergroup, we express our solidarity with all the people currently facing the military 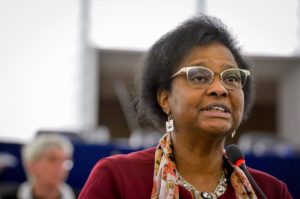 Racism instead of solidarity: The situation of African students on the borders of Ukraine

Dear President von der Leyen, On behalf of ARDI, the European Parliament Anti-Racism and Diversity Intergroup, we express oursolidarity with all those people who are 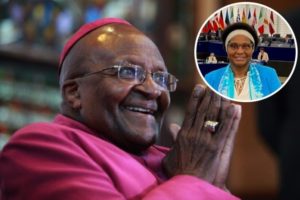 The icon of human rights The South African Archbishop of the Anglican Church, Desmond Tutu, died on 2 Christmas Day at the age of 90. The world paid tribute