Whether it is the global gender pay gap or the setbacks in the area of women's rights, whether it is women's rights to sexual and reproductive health, whether it is the relatively low participation of women in important decision-making processes of various kinds or the phenomenon of violence against women: We are still far from the end of a struggle for equal coexistence between all genders.

As a substitute member of the Committee on Women's Rights and Gender Equality (FEMM), my fellow campaigners and I work to promote and demand policy instruments and attitudes that seek to establish equality on many levels. My focus is on violence against women, women in leadership, female genital mutilation, senior women, migrant women and black women (in the diaspora).

Due to my decades of involvement in this area, I was chosen by my party, The Greens/EFA, to act as rapporteur on Female Genital Mutilation (FGM). On 12 February 2020, the resolution on combating FGM was adopted by a large majority. Many past and planned events are underway to discuss how we can achieve the goal of eradicating FGM by 2030, in line with the Inter African Committee (IAC/CI-AF) Action Plan.

Another main focus of my work is in the field of intersectional feminism, where intersectionality means the intersection of different forms of discrimination. I see myself repeatedly called upon to strengthen the voices of minorities and to show that feminist contexts also need to be examined in terms of the concept of white privilege. Also in the FEMM committee and the current formation of an internal council on gender equality, I affirm the need to "empower" Black women, migrant women, but also senior women, in order to decisively counteract multiple discrimination.

I work not least for the goal that women of different origins and ages take the plunge into politics, because diversity remains an empty word as long as not all visible minorities are represented in political bodies. 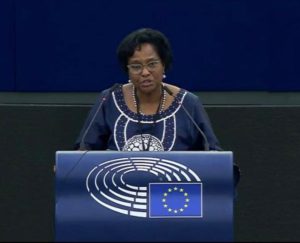 The Russian offensive in Ukraine and in besieged cities has forced millions of women to flee, exposing them to sexual abuse and other 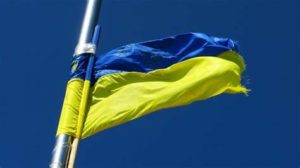 UKRAINE: Greens/EFA call for protection for women and girls in cases of gender-based violence and sexual and reproductive rights

Today (Thursday, 5 May), Members of the European Parliament will vote on a resolution on support for women and girls affected by war in the 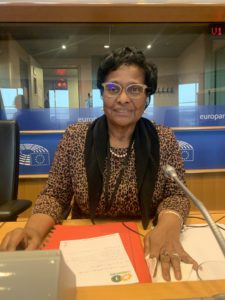 Exclusion of girls from the school system in Afghanistan

At the last session of the European Parliament on 5 April 2022 in Strasbourg, the Vice-President of the European Commission, High Representative of the EU for Foreign Affairs 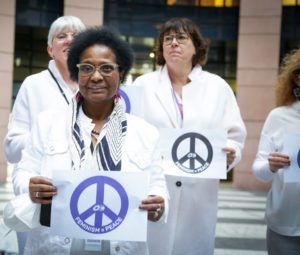 International Women's Day this year is marked by the dramatic events we are witnessing: the military aggression in Ukraine. Besides the Covid crisis and 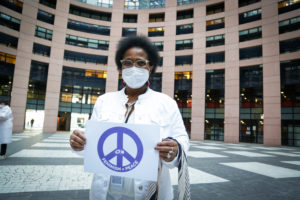 Let "the men" out! A statement on International Women's Day

For over thirty years I have been committed to women's rights. Now I stand before the images and news of this inconceivable time and its Ukraine and ask 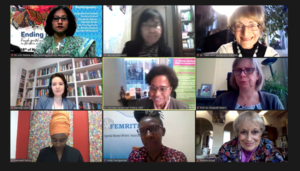 Harvard Conference on Female Genital Mutilation in Literature and Art

Dear comrades-in-arms in the fight against female circumcision, sex is, according to the popular saying, the most beautiful pastime in the world. Menstruation is annoying, but women